What Are "The Bumps"?

The four-day rowing races between the colleges of the University of Cambridge are known as ‘Bumps and Carnage’, and have been held twice a year since 1827.

The ‘May’ bumps, occur in June, naturally.

Boats try to catch and hit or ‘bump’, the boat ahead.  Boats row in divisions - 17 boats in a line a few yards apart, started by a gun.  The race begins at the Gun Sheds, down the First Post Reach, round the Gut, round Ditton Corner and finishes down the Long Reach to Chesterton.

The objective is to catch up with and bump the boat ahead before being bumped by the boat behind.  The bumper then changes place with the bumped when the race is held again the next day.  The Bumps are held four days running, beginning on Wednesday and the last day, Saturday, being a day of spectacle attended by large crowds of spectators along the river banks.

More than 30 colleges and university affiliated departments take part in the bumps.   Each has its own colours and can be recognised by the blades on their oars.

It is possible for a good crew to advance four or more places up the division, in which case the crew wins its 'oar' - a prized possession.  A crew that has won its oar will carry its college flag down the river - to the applause of the crowds.  A crew that makes a bump traditionally signals this by
decorating the boat and rowers with foliage for their row back down the river to
the boat houses.

About a third of the way down the course is the bend of Ditton Corner where the well-coxed crew can catch their quarry by cutting inside. 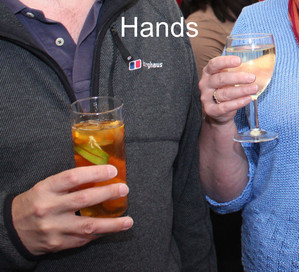 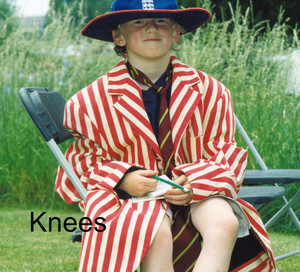 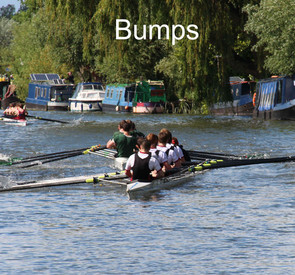 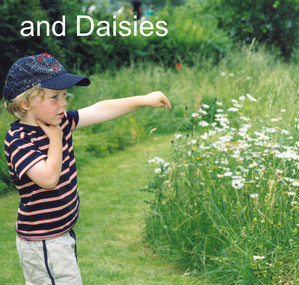