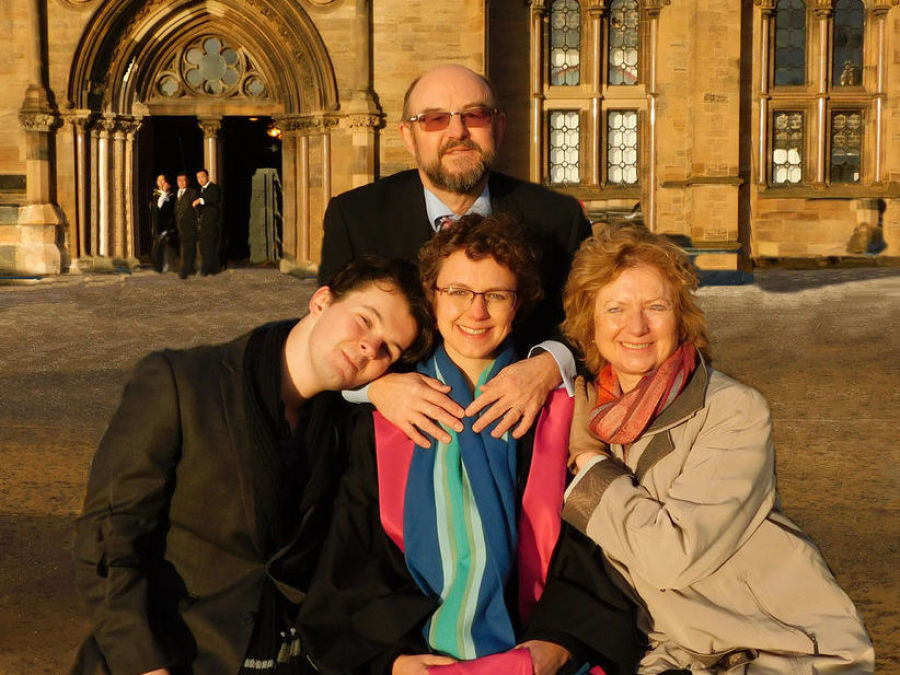 Alice is given a clean bill of health and graduates, 2017 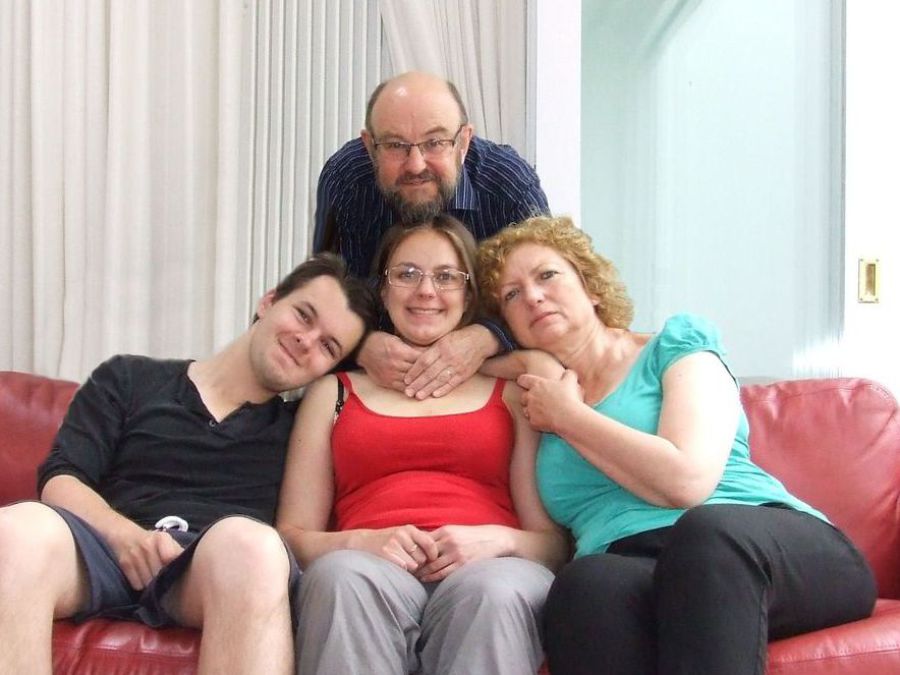 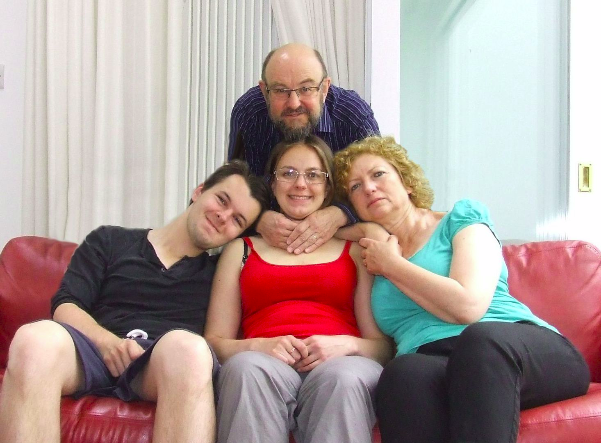 Alice has been undergoing chemotherapy for a diagnosis of Hodgkin lymphoma, to treat a tumour in her chest. She has completed 6 cycles of treatment - around six months of intensive therapy at Cambridge Nuffield Hospital, with her last treatment session in early December.

She is now fit and healthy.

Thank you to everyone for all your amazing support and good wishes.

Back on Her Feet

To demonstrate that she is fit and well at the end of her personal marathon, Alice and her partner Martyn ran the Cambridge Half Marathon on 5 March 2017. They are raising money for Macmillan Cancer Support for their help during the year, with all their useful and clear information during the anxious waiting and access to a vibrant online support community of people going through the same types of things. If you would be able to sponsor Alice and Martyn’s run, please donate at: 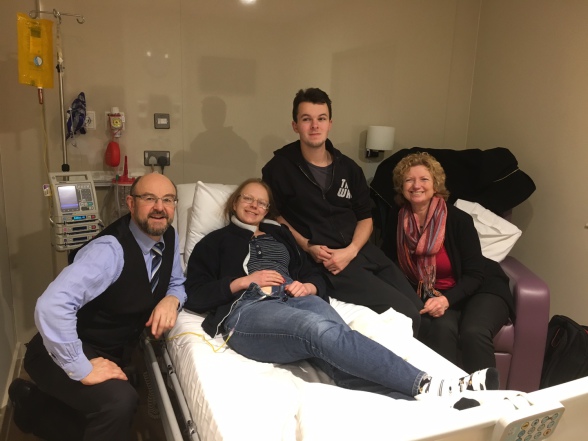 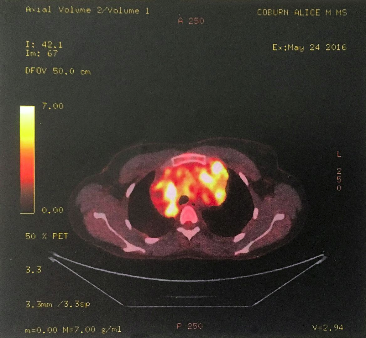 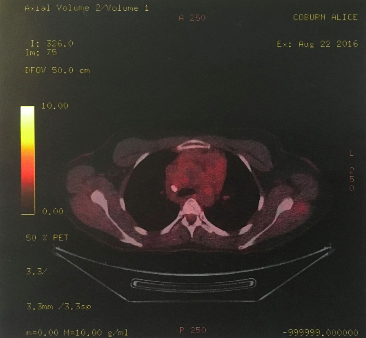 The PET scan checks the progress of the chemotherapy a third of the way through the treatment. The tumour has shrunk significantly - it is now half of the mass that is was when she was diagnosed, and its growth metabolism (heat colour in the PET scans above) has slowed significantly. Her secondary tumours are also being reduced and her body generally appears to be responding well to the treatment without too mch toxicity damage from the chemicals. More importantly than the tumour size is the metabolic change, which has a Deauville score of 3, whatever that means. The consultant is pleased to report that there is no sign of secondary tumours below the liver. All extremely encouraging but a long way still to go. No need to change the treatment regime, but the blood thinning drugs and the bleomycin can be discontinued now. 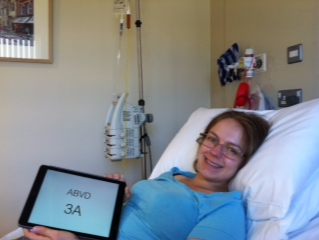 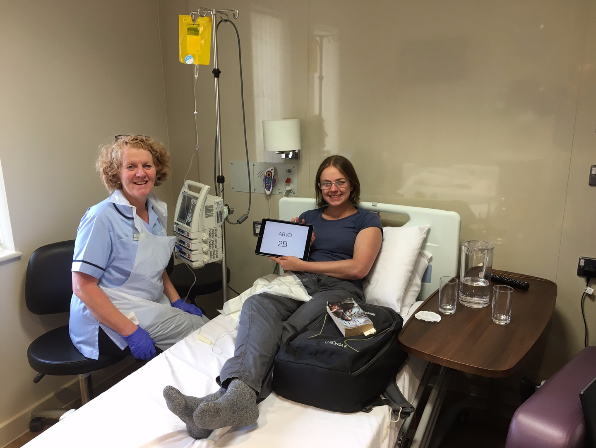 A third of the way through the treatment - two months in and four to go. A national shortage of bleomycin means that the treatment now consists of "AVD" rather than "AVBD". Alice staying positive and still reasonably healthy, although very tired after the treatments. And her taste buds go funny for a few days. 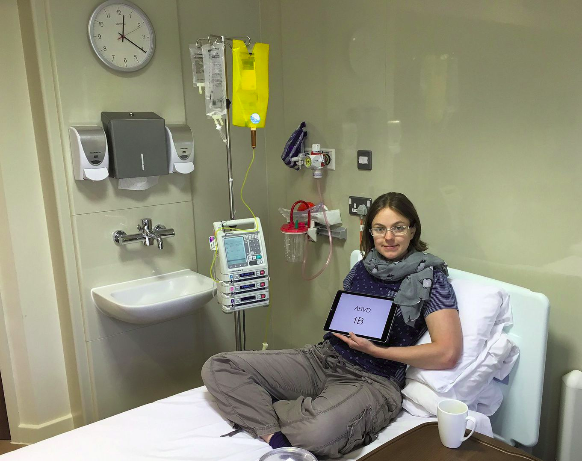 Second half of the first cycle of treatment. Alice withstanding the treatment pretty well so far, without too many ill side effects.

Garry at Scruffs specialises in hair styles and wigs for cancer patients. In exchange for Alice's waist-length plait as a contribution to the Little Princess charity, he's helped her get a wig for use later in the treatment cycle. Alice is now sporting a short bob cut, looking radically different. 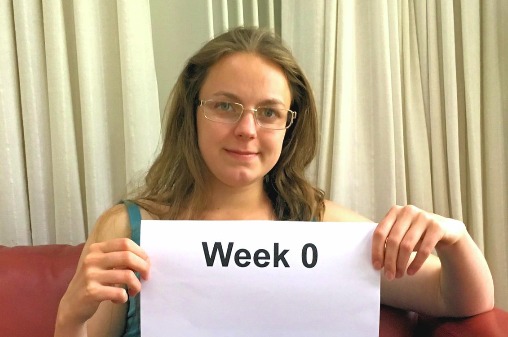 Alice prepares to start her treatment

Alice begins her chemotherapy for a diagnosis of Hodgkin lymphoma, to treat a tumour in her chest.

She faces 6 cycles of treatment - around six months of intensive therapy at Cambridge Nuffield Hospital.

Thank you to everyone for all your support and good wishes.